Update 28/10/12: Blue boy has found loving adoptive parents, sadly there are no clones available at present! 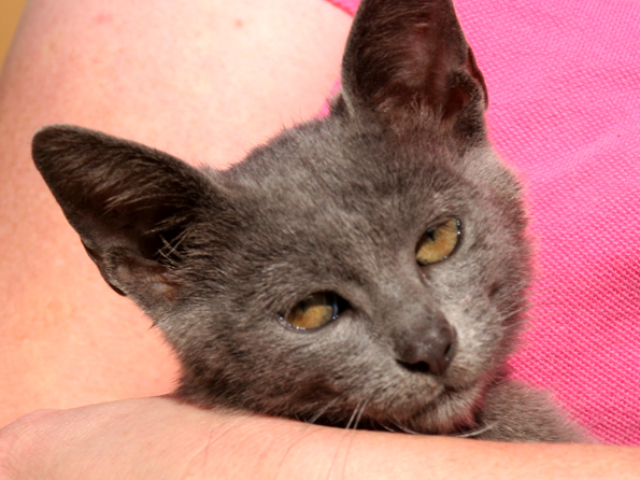 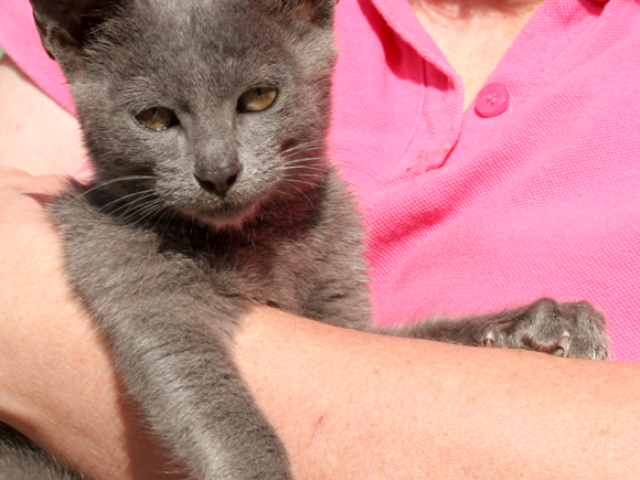 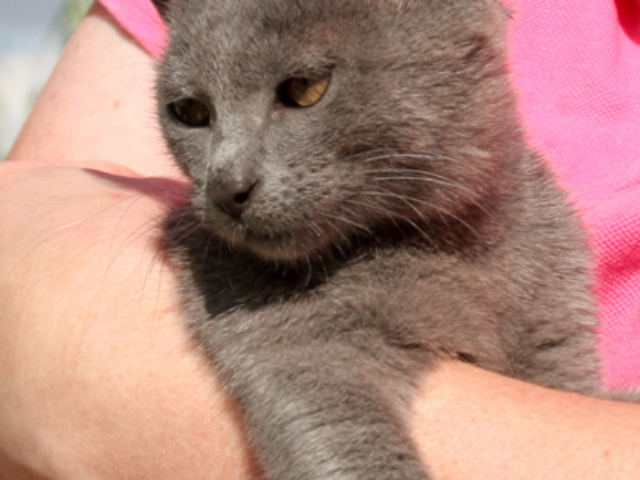 Gorgeous boy approximately 12-14 weeks abandoned by bins this stunning kitten is a Russian blue type.
Perfect coat colors & features, affectionate, litter trained, sociable but still a little bewildered by it all he needs gentle handling but is very intelligent & wants to explore.

The Animal Action and innovative, British natural cosmetics company Lush subsidizes neutering stray cats in Athens.
The sterilization program will be held throughout the month of October and will be a targeted effort to reduce the large stray cat population in Athens. Sterilization is the only humane and scientifically proven method of stray management. One has only to think of an entire or undesexed, stray cat can arise over 5,000 kittens in 5 years! The neutering of stray animals in Greece either by mobile veterinary team either via partner veterinary clinics is a key action for Animal Action. Only then will we achieve the desired result of reducing the large number of strays living in the streets of Greece.

END_OF_DOCUMENT_TOKEN_TO_BE_REPLACED

In the past 8 months by your donations were 4209 operations, which performed 3,898 sterilizations and an estimated 7,000 animals receive medical care. we castrated with our teams in 1386 females, 783 males, 1124 cats, 605 male and performed 311 different operations. method was used to Cape Verde Islands, the Dominican Republic, Romania and Greece. Requests from other countries we had to cancel because the funds could not be applied.

For this year, the following projects are planned:

Only by castrations we can save the animals permanently suffering.

Tanni came home yesterday afternoon & has already started to adapt on her three legs jumping & getting around her cage with just a few mishaps like tripping over her bed! No signs of infection so far she goes back to have her sutures removed in 10 days.

First indications are good as Tanni has survived the anaesthetic. She is apparently sitting up watching our vet! The operation went really well, we now can relax a little in the hope the antibiotics stop any infection post-op. Tanni sends purrs to those of you who have kindly helped towards the bill for her operation.

END_OF_DOCUMENT_TOKEN_TO_BE_REPLACED

I am the lady that was holidaying in Rhodes that was trying to help an injured kitten, I am delighted to say, that with the help of the GWCS and RAWS, he is to be treated, passported and has a place on a flight back to the UK  on October 21st.

I just wanted to thank you for all your help, support and advice.

I have attached a photo of the little beauty for you to see. Isn’t he adorable!! He looks like he could have a broken leg, but he hasn’t been to the vet yet so we do not know what treatment he will need

Good luck with the rescuing, you are all doing the most amazing work

We are staying in Aptera Appartments and have met the lady who takes care of the cats. She does an awesome job yet could use some help of the (MANY) tourists who spent their holidays in Aptera. Please help this lady by either donating catfood (leave it in the house on the square where tha cats are staying, it’s the house in the curve with the old fence, see the pictures at the catcolony site).

In general the Greek do not take care of their cat and we all know that we could spare a little money for this great cat program or help this sweet generous lady with some cat food!

Know that you don’t help the cat reproduce themselves ( the cat program takes care of sterilising the cats!!) but you help the cats who are already alive have a little bit better life…..which is a great holiday thought…..right?